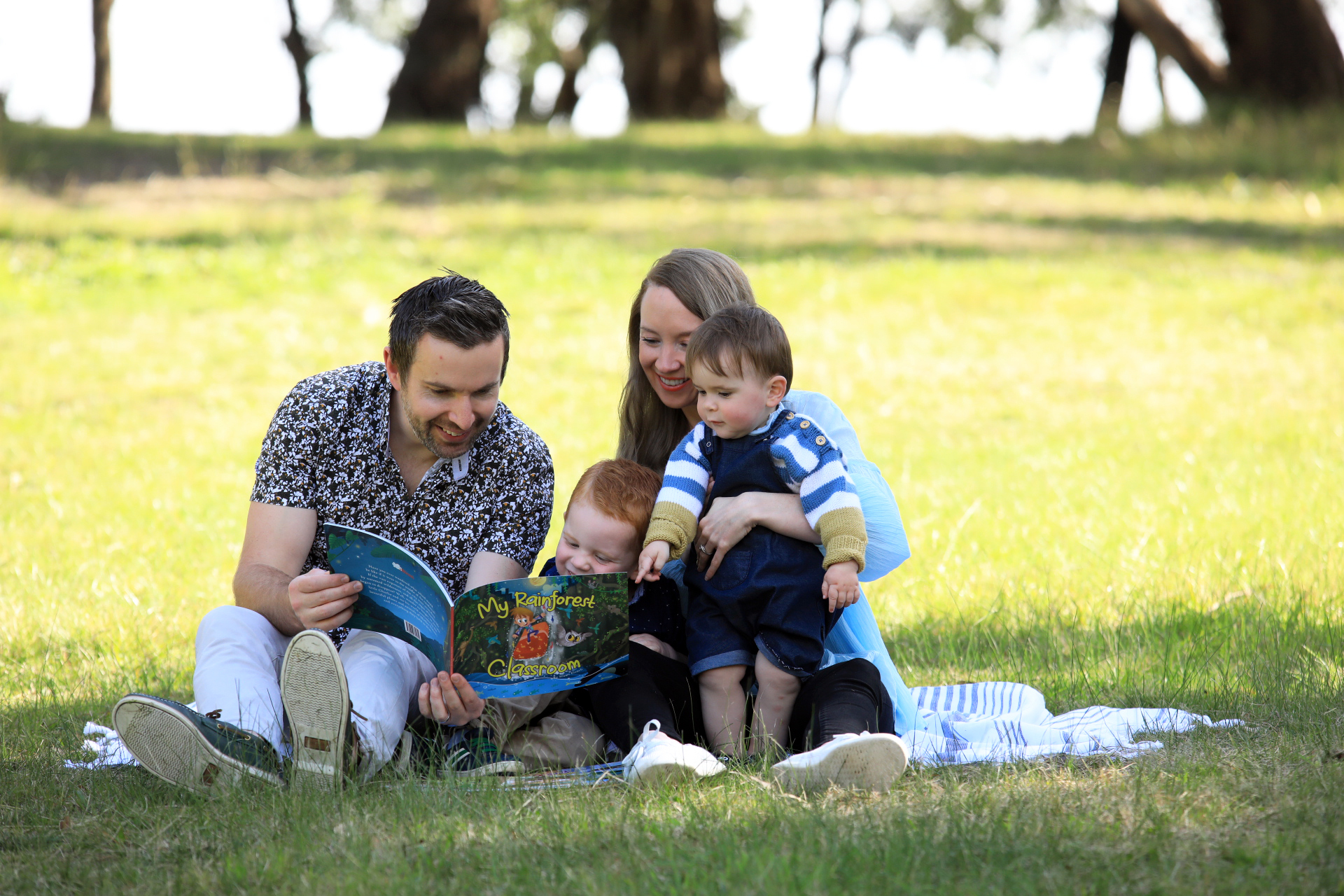 Mums & Co delivers the impossible to find on Google

Upon becoming a mother herself, Mums & Co member Teigan Margetts started to feel a little unsure about the future of the planet her children would inherit. Upon losing her own mum, she decided to do something about it.

‍
After freelancing her way through her first maternity leave (including for Mums & Co!), Teigan Margetts had planned to take a well-earned break from working when her second son, Aston, was born in 2019. She’d put a bit of money aside, told her clients she’d be taking six months off and even organised for her mum to take care of her eldest son, then aged two, two days a week so she could really focus on her new little one.

But it wasn’t to be.

When Aston was just 5 weeks old, Teigan’s mum was admitted to hospital. Three weeks later, Teigan’s maternity leave ended abruptly and she found herself where no mum ever wants to be: writing a eulogy for her own mother’s funeral.

What followed was a harrowing and dark time, but Teigan desperately wanted her sons to remember their grandma, so she wrote a children’s book. And from that book came an idea: Ethicool. Ethicool is a children's book publisher who creates gorgeous kids’ books about the world’s big issues, and encourages children to take action.

Since launching officially in March 2020, Ethicool has gone from strength to strength, selling over 10,000 books, and recently being awarded an Amazon Innovation Grant.

Mums & Co has been a big part of Ethicool’s success, but not in the way that you might think. Here’s how M&C supported Teigan on her journey:

‍Being around others who understood

The identity shift from ‘woman’ to ‘mum’ can be confronting at times, and sometimes doesn’t feel congruent with the idea of being an ‘entrepreneur/business owner’ either. The juggle can feel impossible, and it can be easy to fall into a trap of feeling as if you’re failing at everything.

This is definitely something that Teigan said she experienced after the birth of her first and also her second son. Teigan says that it was particularly acute the second time, when she was wrestling with the idea of starting Ethicool, despite what felt like the world’s worst timing:

‘I actually got the idea for Ethicool two weeks after my mum passed. Two weeks. The first thing I said to myself, of course, was ‘Who thinks of starting another business with a six week old, no childcare and an insurmountable amount of grief?!?’”

“Having been around the Mums & Co tribe for a few years, though, I knew that nothing was off the table in terms of when and how to start a business. I’d met enough mum-warriors by that point to know it was possible.”

Practical advice in a mum-friendly way

On the internet, there’s no shortage of business advice. In fact, there’s pages and pages and pages of it, and it can be confusing, contradictory and irrelevant. But Mums & Co manages to cut through all the noise with the advice that mums need that is actually relevant to them.

When Teigan was starting Ethicool, she was critically short on time (like all mums, ever!). She found that many of Mums & Co’s resources catered to people exactly like this, and better yet, managed to tailor content in the most relevant way:

“Having worked with the Mums & Co team for a while, I was fortunately tasked with helping to do some write-ups of the Mums & Co-VID19 webinars. They were SO valuable, honestly, I learnt so much about tax, legal, and even juggling work and kids.”

“I don’t have hours or days to sift through the internet or study a business course. I appreciate that Mums & Co can deliver practical, actionable advice in the few hours or minutes I have and that that advice can make a real difference to my business.”

Growing the confidence to own it

With up to 75% of women experiencing imposter syndrome at some point in their careers, confidence can be a big issue when it comes to being a mum and starting your own business. Yet this is not something you can find on Google, or even buy. It takes being around those who understand you, and who want to lift you up, to help encourage you to take risks and ‘own it.’ The Mums & Co network is critical for offering this to women.

Slowly growing the confidence to ‘own it’ and start something of her own was something that Teigan developed over time. Meeting women that had come before her and achieved great things helped her develop the confidence she needed, Teigan says:

“I was reading and writing story after story about women who were doing great things, taking risks and really succeeding. After a while, you start to think: well, maybe I could do that?”

“Mums & Co shows you that many mums do do it; take those risks and succeed. So eventually, the urge to be like them overcomes the fear that you might fail.”

As of November 2020, Ethicool is launching in the US - so failure (at this point at least!) seems a long way off!

Recommended Reading: Should I start a business?

We’re here to support you and we’re stronger together. Join the Mums & Co movement and get your business exposure in our Member Directory. Join us here.

We're hiring - Community Manager
26 November 2020
We're currently looking for a brilliant Community Manager to join our team!
Read more
Expert Group Session with Michelle Sutherland
9 November 2020
If you are interested in your business being a force for good this online event is for you!
Read more
Mums & Co delivers the impossible to find on Google
11 November 2020
When she became a mum Teigan Margetts started to feel a little unsure about the future of the planet. Upon losing her own mum, she decided to do something about it.
Read more