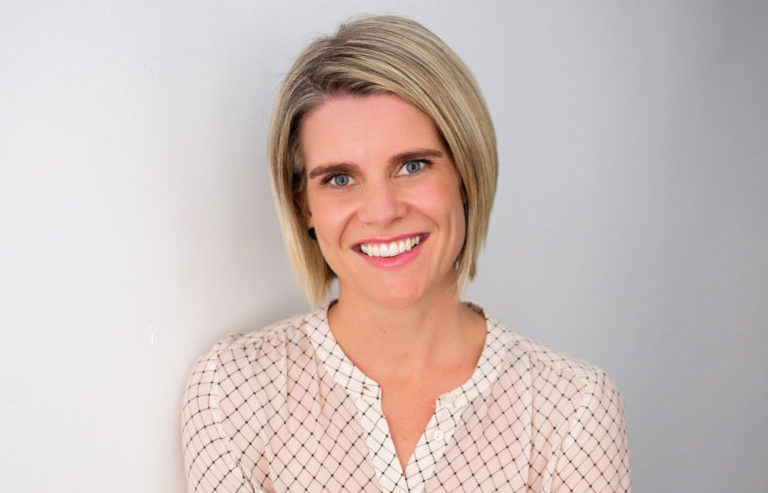 From Accidental Entrepreneur to Shark Tank: The Story of Birth Beat
19 June 2020

From Accidental Entrepreneur to Shark Tank: The Story of Birth Beat

Some people feel like entrepreneurship is their destiny from childhood, whereas others find it later in life.

But what if you didn't set out to be an entrepreneur at all?

That was how Edwina Sharrock felt when she started Birth Beat, a now hugely successful online birth education site that has appeared on Shark Tank.

So how exactly did Edwina go from running a few birth classes for her friends in regional Tamworth, to launching a national online offering that got her venture capital and a spot on TV?

Edwina had been a nurse for 18 years and a midwife for 13 when she fell pregnant. That time, however, also coincided with an unfortunate occurrence in her local community:

"I was due to have my baby at the local hospital in Tamworth when the maternity unit closed its doors. You could still have your baby there, of course, but there was no specialist birth education available for mothers."

More than anything, Edwina wanted mothers in her local area to be educated, and given her background, she seemed like the perfect person to help:

"I was really mad at people's choices being taken away. So I started teaching prenatal classes to people in the area, and I loved it."

Edwina's classes were created not so much because she wanted to be an entrepreneur, but because of her passions:

"I was, and still am, really passionate about women having access to quality childbirth education that is evidence based and without any opinions. That is what I wanted to offer."

A demand-driven, yet isolated business

Edwina's classes proved very popular. Within months, Edwina found herself overwhelmed by demand, especially as the business was in addition to her job as a midwife (and a mum!).

Despite the fact that everything was going well, Edwina also felt quite isolated and didn't really recognise herself as an entrepreneur:

"I worked quite far away from other entrepreneurial hubs, and working in public health, everything is very traditional. No one is asking 'Why doesn't everyone think about a better way of doing this?"

"It was only over time that I started to realise that that was the way an entrepreneur thinks: that things should be different. I felt a bit wanky thinking of myself as an entrepreneur, but I loved my business, I was obsessed with it."

An Innovation Award and a fresh start

As demand for Edwina's classes began to outstrip what she could offer, she started to offer some classes online. She simultaneously realised she needed more help than Googling could offer, so she applied for a Commonwealth Innovation Award - and won!

Edwina says that the award was a real turning point for Birth Beat:

"When we won [the award] part of our prize was access to an innovation lab and it was awesome, we learnt so much!"

"I realised pretty quickly that I had a poor website and a poor user experience and got to work on fixing that. It was such a great learning experience."

Shifting from local to national marketing

As Edwina began to shift Birth Beat from a local, face-to-face offering to a national digital business, she realised that her marketing would have to fundamentally change:

"I came into the digital side of the business quite naively. When I was doing face-to-face training, my marketing consisted entirely of word-of-mouth, but nationally it started to prove more challenging."

In the change process, Edwina admits that she made her fair share of mistakes:

"I was looking for the right digital marketing strategy and we decided to invest in Google Adwords. I invested a significant amount of money and we didn't convert one sale, so I became quite deflated."

Although Edwina says that she hasn't quite figured it out yet, she's been able to adjust her strategy to better suit her business:

"My audience, mums, need to be looked after, they need to trust you. So I've started doing things that although might feel uncomfortable to me, convey that trust, for example, I've started putting my face on camera for Facebook ads."

"I also say yes to everything. If someone wants me to write a blog, if they want to feature me in an article, I say yes. At the end of the day, you've got to work damn hard if you want to get your message out there."

Given her success to date, Edwina says that mums often ask her for the 'quick way' to succeed, but unfortunately, that's a fallacy:

"Everyone wants to know the quick way, but there is no quick way. You need to be obsessed with your market, you need to ask yourself all the time: How can I improve their experience?"

An Accelerator and VC Funding

Edwina decided to further Birth Beat's growth through applying to join a business accelerator program. The program, called the Slingshot Accelerator, proved a significant investment for her, both personally and professionally:

"Professionally, the Slingshot program was amazing. It taught me so many business skills, I got access to experts and through the program, we also got VC funding."

Personally, the program also helped Edwina get fully immersed in her business:

"To participate in the program, I had to take 12 weeks off work and spend 12 weeks away from my family. Everything was fast, hard and full-on, but I got so much out of it."

Through the Slingshot program, Edwina also sought out executives in health fund HCF. Incredibly, she was able to work with them to add her program to the list of benefits for private health members; an amazing achievement that made Birth Beat's program much more accessible to women around the country.

Having won an Innovation Award and having entered an accelerator program, Edwina was no stranger to pitching her business. Despite this, she still found it nerve-wracking, but in order to really push herself, she decided to enter Shark Tank:

"It was a great experience!"

"Entering the Mums & Co competition (after coming out of a big and corporate accelerator) was such a nice feeling. Presenting to a group of women who were supportive and invested in what I was pitching in was lovely, it was an incredible vibe, and it didn't feel like a competition at all."

Edwina admits that entrepreneurial life isn't without its struggles. Like many other mums, she says:

"Ultimately, it's a juggle. I've got a 4 and a 6 year old, and sometimes I'm with them and I'm thinking about the business. It's hard to switch off and I sometimes feel guilty."

But at the same time, Edwina wouldn't have it any other way. She encourages all mums to just do it:

"It will never be perfect. Just get started, just do it."

Connect with Edwina and Birth Beat via:

Recommended Reading: How Women In Business Are Innovating During A Crisis

Recommended Reading: Is Innovation Part of Your Business' Day To Day?

Mums & Co have created a special taskforce to support our 345,000 + members to best manage throughout the coronavirus crisis. The taskforce includes 15 experts, who will be answering your questions via daily webinars and making themselves available for individual consultations, if you need. We’re also developing a chat-bot to support you, 24.7. Access to our taskforce is available via a Mums & Co premium membership, which we are providing for free for the next 3 months.

We’re here to support you and we’re stronger together. Join us here.

Webinar: Nurturing You and Your Customers Through A Crisis
15 April 2020
We discuss all things digital marketing, communications and strategy, as well as touching on the bigger questions of what this period means for your business and how you can make the most of it.
Read more
8 Government Assistance Grants for Small Business
8 July 2020
2020 has been a tough year for small business. Here are 8 government assistance grants to help while times are rough.
Read more
Accelerate Member Profile - Korryn Haines
26 May 2020
Meet Mums & Co Accelerate Member Korryn Haines from Encore Admin Consulting.
Read more