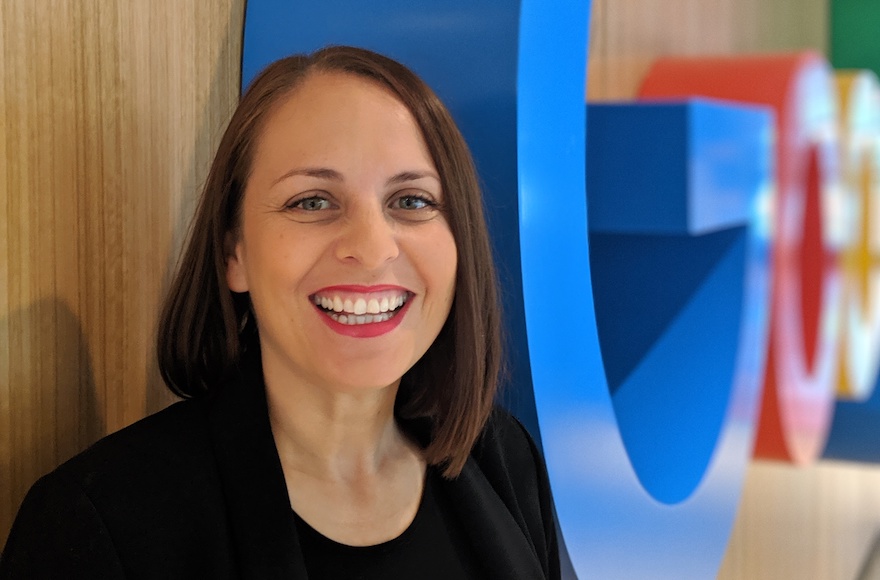 Tamara McCann, the Head of Trading AUNZ at Google, will faciliate Google’s #IamRemarkable (IAR) workshop at Be MPowered.

Find out why you need to be in that room.

IAR was founded by two Googlers - Anna Vainer and Anna Zapesochini in 2017. Anna Vainer had realized when she was taking part in a women-only workshop at Google where participants were asked to talk about what made them remarkable that so many of them struggled with answering that question. Following the session she chatted about these feelings with her former colleague, Anna Zapesochini. Why was it that so many gifted women found it hard to talk openly about their accomplishments? Eager to learn more, they did some research and discovered a vast body of literature proving what they intuitively knew: women and other under-represented groups often struggle with self-promotion, and are conditioned from a young age not to speak openly about their achievements.

They wanted to do something about this, so they created a workshop that would raise awareness of everything they had learned and help participants feel more comfortable when it came to self-promotion. This was the start of #IamRemarkable.

While it was originally only offered to women working at Google, soon the founders had requests from customers, agencies, universities, and all sorts of other places. Today, #IamRemarkable is open to everyone. By making #IamRemarkable facilitator training available online, everyone can improve their self-promotion skills, opportunities, and futures no matter where they are.

The workshop runs for up to 90-minutes and helps participants learn how to speak openly about their accomplishments. The workshop is divided into three parts:

1) Discuss: Data and research about self-promotion and unconscious biases.

3) Go home strong: Discussion and take-home exercises. Following the session we will provide resources and some ideas to continue the work you began during the workshop. Self promotion is like any other skill, you need to practice it until it becomes second nature.

What participants say about it

Tamara says, “We have received phenomenal feedback from individuals and organisations that have seen the #IamRemarkable content - testimonials that talk to the sense of pride and empowerment experienced, the courage gained to speak up and be open about achievements and the focus this initiative has on career and personal growth.”

See some of the IAR success stories here.

Where it’s at today

To date we have had 53,000+participants who have attended 2,600+ workshops, across 65+ countries. Coverage has spanned 100+ organisations including, Amazon, Unilever, PwC and many more. In AU over the course of the past year we have run the program for 270 participants both internally at Google and for external organisations.

What you will leave the workshop with

Tamara says, “We have two main goals with this initiative. First, #IamRemarkable empowers women and under-represented groups globally to speak openly about their accomplishments in the workplace and promote themselves in front of peers and management, thereby breaking gender-related modesty norms and glass ceilings.”

Secondly, we want to change social norms regarding self promotion in general and support others in self promoting- accomplishment don’t speak for themselves!

As a mother I’d also personally love to see how we could scale this message further into Australian schools and universities to empower a younger audience through the benefits of speaking up.

Get your ticket to Be-MPowered here. This workshop is limited to 20 people and it's first in, best dressed.